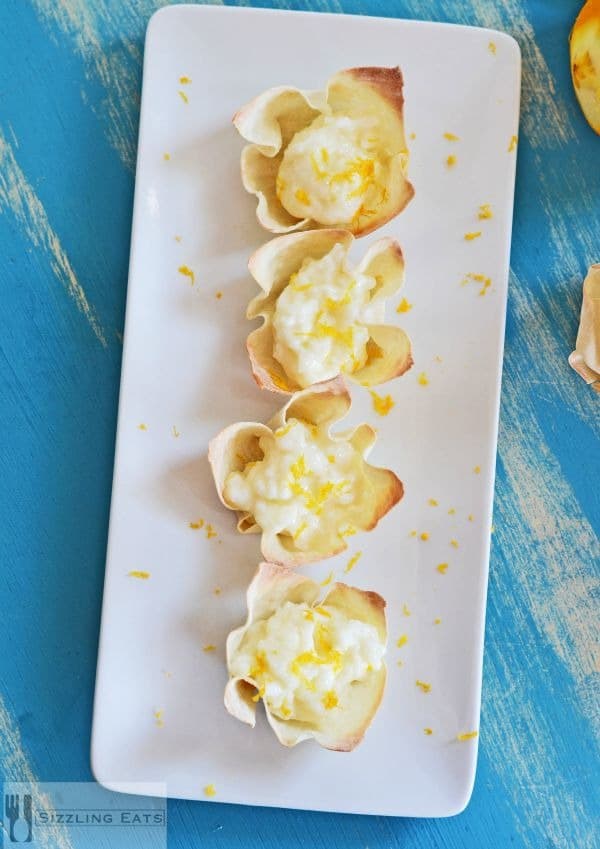 This morning I was awakened by some of the most horrific thunder and lighting storms ever. The wind felt like it was shaking our home, the lightning was so bright it hurt our eyes, and the thunder was so loud it vibrated our eardrums, and had everyone frightened. Streets flooded, power was lost, and tons of trees were down.

What a great start to an usually busy day.

I hardly ever have to leave home, but of course today I had my first ever eye exam early in the morning. I had to drive two towns over to bring my kids to my moms, and then drive two towns back to the doctors. Rinse and repeat. 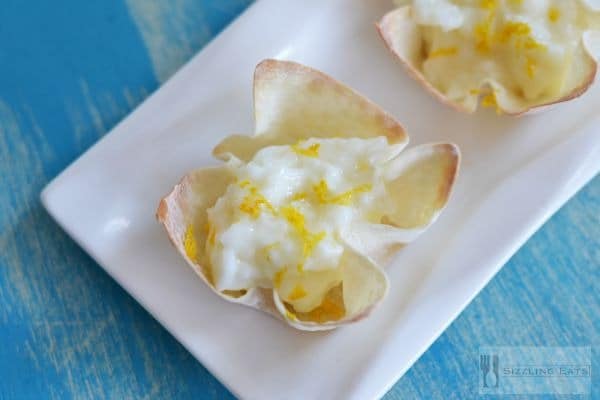 Thankfully, after such an eventful morning and the whole eye dilation blindness and burning, I was told I had perfect eye health, and the mildest prescription for glasses that didn’t even need to be filled. Now hours later as I type this I am still blind, and my eyes are still almost all pupil and achy.

Don’t even ask me how I drove home….

Anyhow, throughout all this early morning chaos I knew I wanted to make a quick and easy dessert for my kids once I got home. For dinner, I plan on just grilling some burgers, but I wanted something sweet with a little crunch for an evening snack. That is when the idea to make Crispy Rice Pudding Wontons with Orange Zest came to play. 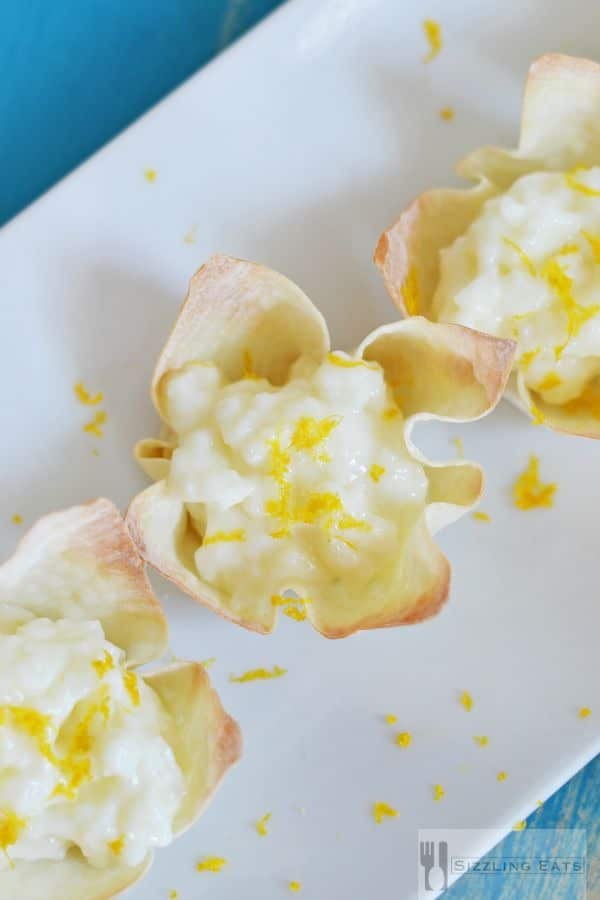 I guess you could say I have been on a baked wonton kick recently. There is just so much versatility with these thin slithers of dough that can be easily baked, and not fried. I also knew I wanted to use some Kozy Shack® Pudding for my dessert cups so it worked out perfectly.

About a literal 8 minutes later I had 24 pretty little Crispy Rice Pudding Wontons with Orange Zest on a tray for later on. The best part? You only need (2) 12 count cupcake tins, some Kozy Shack® Rice Pudding, powdered sugar, and 1 orange to make this dessert.

Zest of one orange

Powdered sugar for sprinkling on the wontons 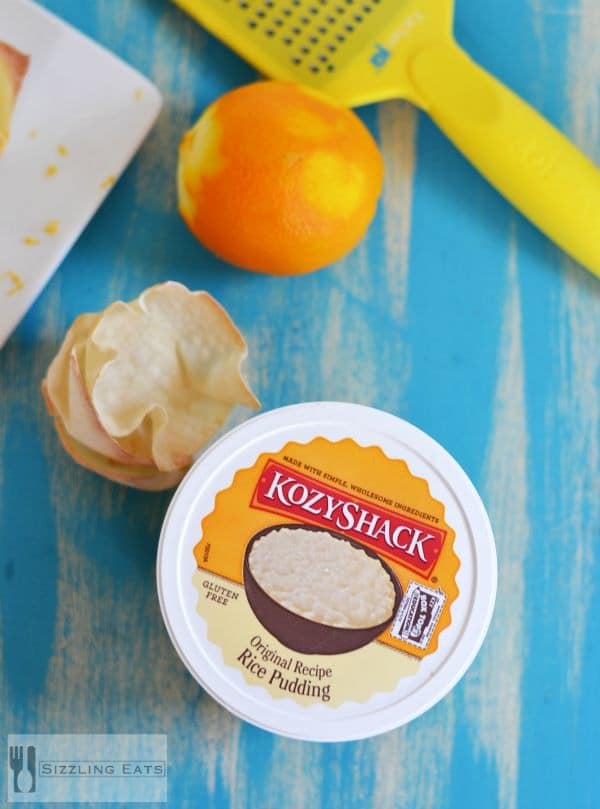 Press the wonton wrappers gently into the cupcake tins, and bake for 5 minutes at 350. Once the cups are done, remove them from the pan, and fill with about 1 tablespoon of Kozy Shack® Rice Pudding. Then, to give them a little pizzazz, grate fresh orange or lemon over the top and enjoy!

These Crispy Rice Pudding Wontons with Orange Zest are perfect for parties, and are almost bite-sized. They are easy to eat, and almost fool proof. I don’t mind making them because they are so quick and are ready in minutes.

The star of this dessert was the Kozy Shack® Rice Pudding. The folks at Kozy Shack® are actually celebrating the Summer of Pudding right now. I know we are celebrating with Kozy Shack® because it means less time cooking, and more time enjoying the summer sun. They make the only rice pudding that I will eat aside from my Portuguese sweet rice!

Will you be trying these Crispy Rice Pudding Wontons with Orange Zest? I assure you they are delicious!