Are you looking for a homemade apple pie recipe, but don’t have time to make a pie crust from scratch? I love a homemade pie crust just as much as the next gal, but sometimes you just feel like taking a short-cut to the final goods. That’s where this Apple Pie Recipe with Premade Crust comes to the rescue. The filling uses fresh apples, but we save time by using a store-bought crust and it still tastes amazing! 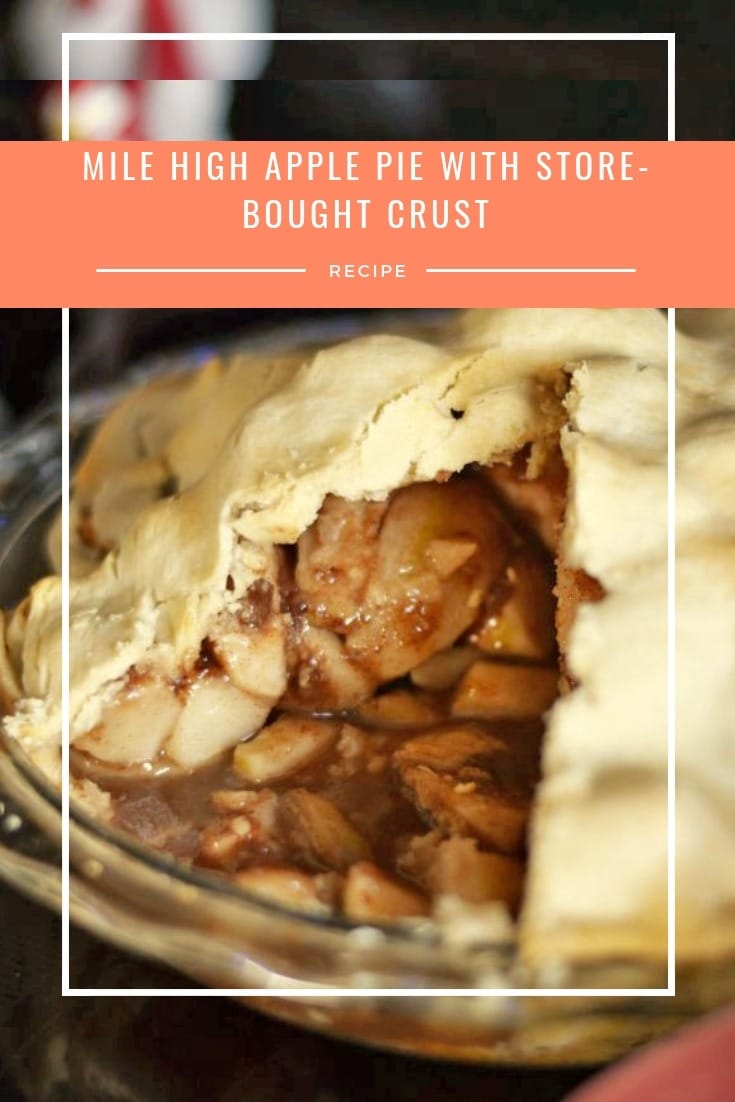 Making homemade apple pie is one of those tasks that really pays off. With just a small amount of invested time, I can make a large “mile-high” apple pie for my entire family.

Baking is one of those hobbies that I just love and my family appreciates. If I had my own way, I would spend all day cooking. 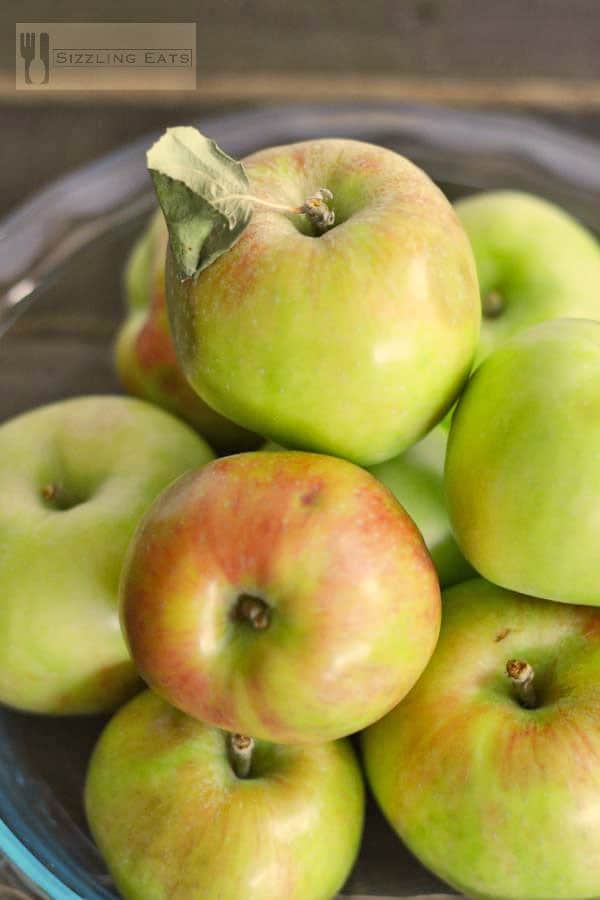 This past weekend, my family drove over an hour to pick our own apples at Honey Pot Farms (in Stowe, MA). It was a fun time and we left 72 apples later. While we were there, we also bought some apple cider donuts, candy apples, and apple cider. The apple cider donuts were still warm from being deep fried and sprinkled with cinnamon-sugar. They were so delicious!

I just love fresh apples because they are so juicy, and do not have that annoying wax on them that most store bought apples are coated in. 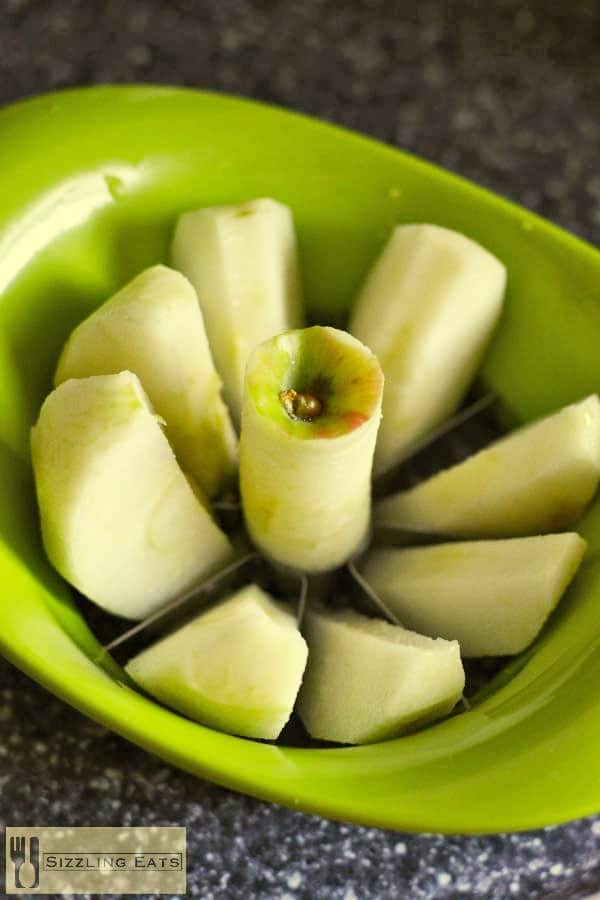 We picked Akane, Gravensteen, Sansa, and Ginger Gold apples. All of which, in my humble opinion, are wonderful for baking and cooking. My kids have been relishing in all the apples we have. To their delight, I have already made 5 apple desserts, which brings me to this perfect apple pie “short cut” recipe.

One of my newest apple pie creations are these sweet and savory Apply Crescent Bombs with Brie Cheese. The combination of flavors explode with goodness in your mouth! 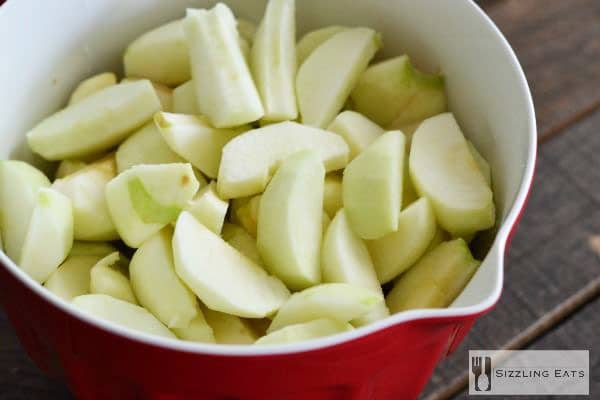 Yes, I do roll out my own pie crust dough more often than not. However, we are remolding our kitchen, so counter space for rolling out dough is super limited. 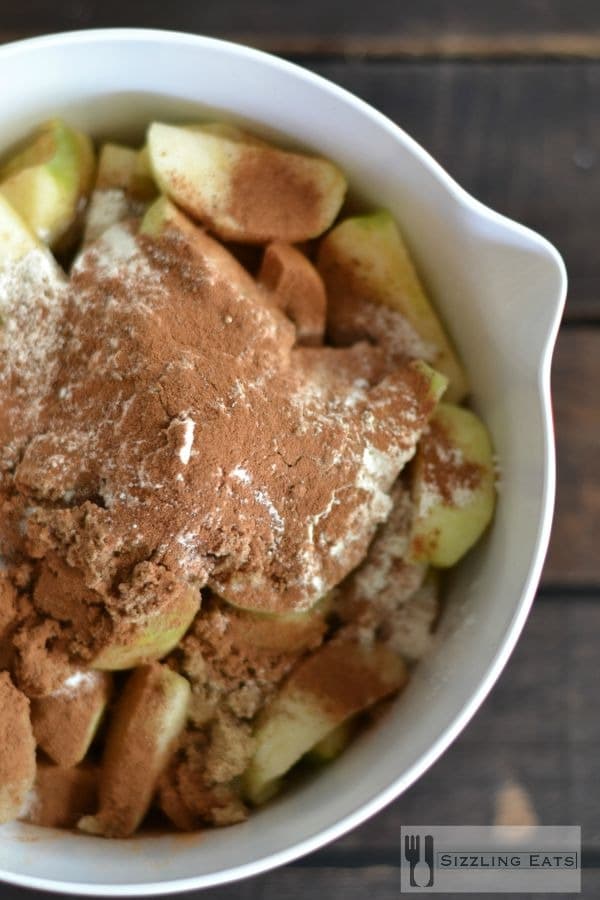 I barely have enough space to peel, and chop–never mind roll out dough. 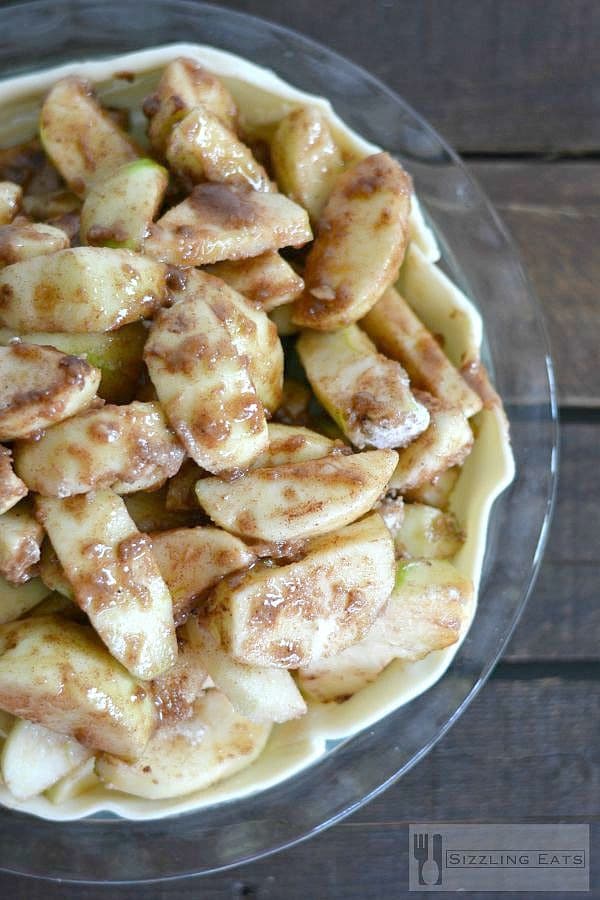 There is nothing wrong with pre-made pie crust so that is just what I used for my Easy Apple Pie Using Store-Bought Crust. 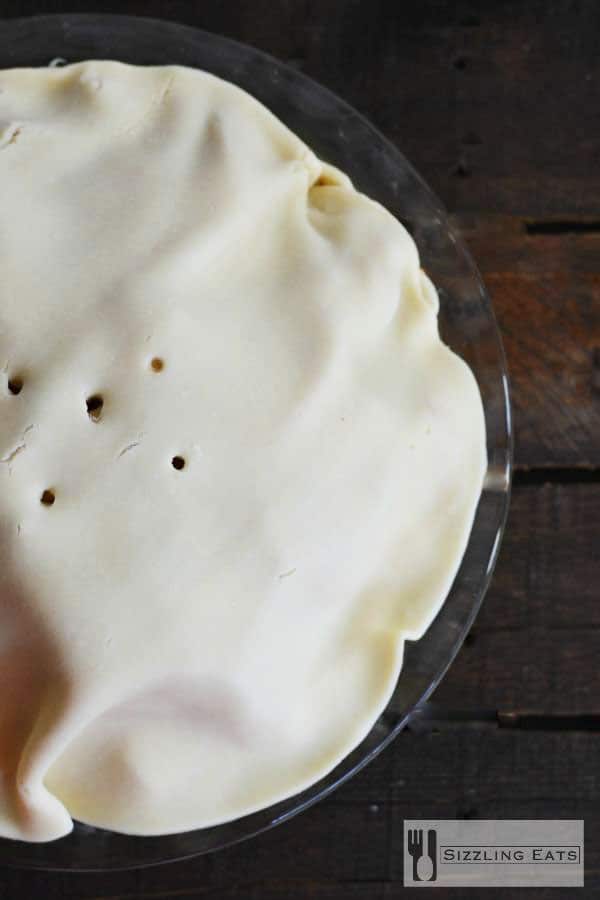 It is just as buttery, and flaky as regular crust. Plus, you do not have to worry about getting covered in flour, or sticky dough.

I think I saved quite a bit of time too, and the apple pie tasted amazing! It was so large we got breakfast and dessert out of it! 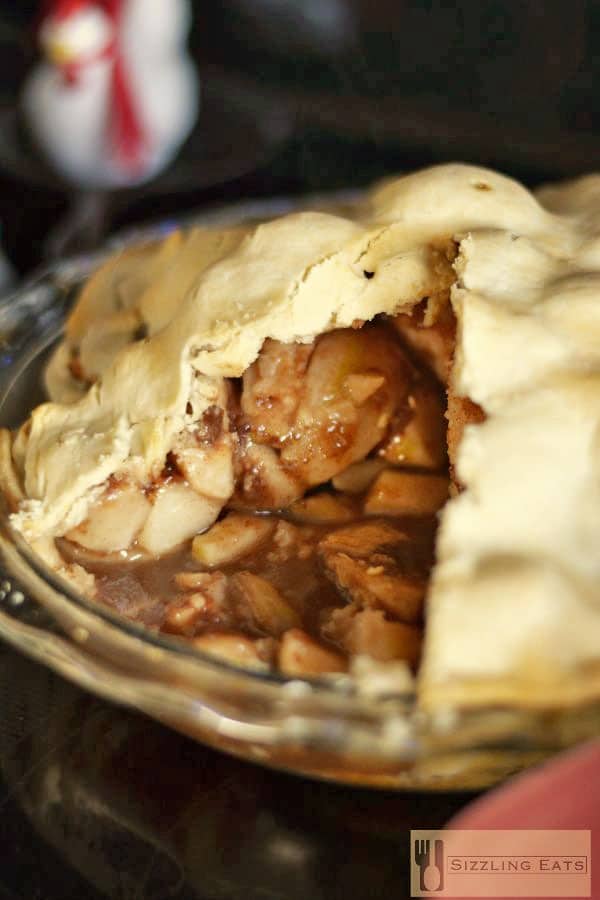 How about a twist on the classic apple pie dessert? Check out these other amazing apple desserts on our sister site Savvy Saving Couple.

Mini Apple Pies Made in a Muffin Tin

Our Apple Pie with Premade Crust Recipe Below: 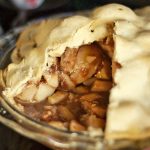 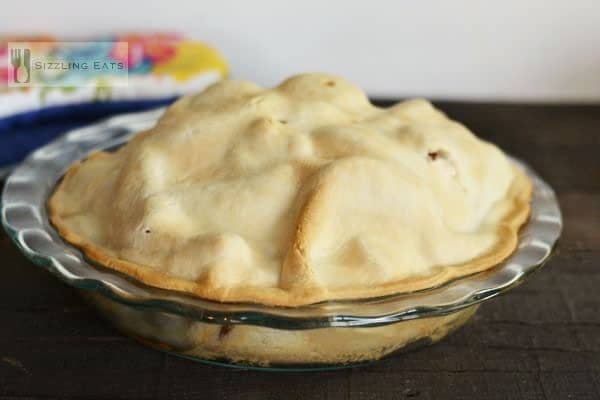 Previous Post: « Pot Roast and Veggies in the Crock Pot
Next Post: Harvest Surprise Cupcakes Made with Coffee »

Hi! I am Amy and hope you brought your appetite! At Sizzling Eats, I love to serve up great eats for everyone! Creating easy to follow, and beautifully photographed recipes that anyone can easily recreate in their very own kitchen is my jive! Read More…